A WORKSHOP FOR CHURCH MUSICIANS AND SINGERS

Due to the current situation, Cantabile has been cancelled for this year. Full refunds will be provided for those who have already paid. 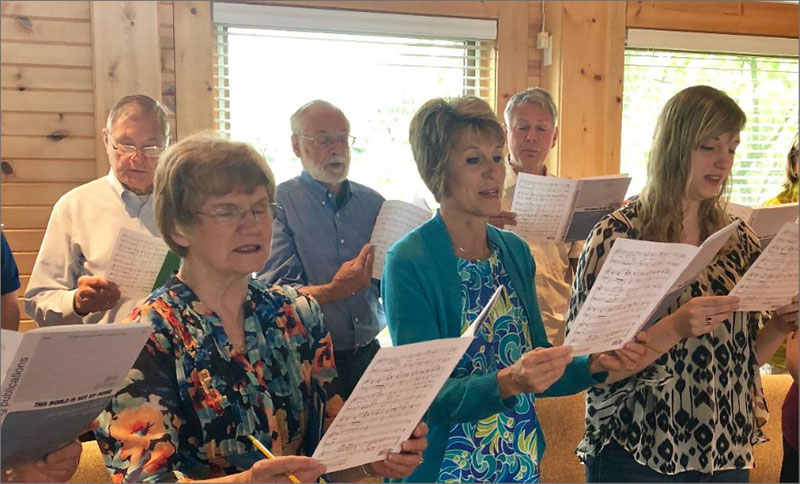 For those who simply love to sing and for Choir Directors who want to prepare for the upcoming church music season.

In this intense but fun retreat you will:

Dr. Andrew Last serves as the Director of Choral Activities at Luther College in Decorah, IA where he conducts the Nordic Choir, teaches conducting, and serves as the Artistic Director for the nationally broadcast Christmas at Luther. Last is part of an exciting choral program at Luther College that includes three choral faculty, nearly 500 singers, five choral ensembles, numerous regional and national ACDA convention performances. Last serves as the Camp Director for the Dorian Summer Music Camps that annually welcome over 700 campers to the Luther College campus each summer. Prior to his appointment at Luther, Last served on the voice faculty of Concordia University (NE).

Dr. Last holds a DMA in choral conducting from the University of Nebraska-Lincoln. He received his Master of Music from Northern Arizona University and his Bachelor of Arts in music education and voice from Luther College.

Register by May 1st and receive $20 off your workshop fee.